I Love The South

Legalizing 2 million illegal immigrant “Dreamers” would cost the government $25.9 billion over the next decade, as those now-legal people would claim more tax, education and other benefits they haven’t been able to get before, the Congressional Budget Office said Friday.

The CBO also said newly legalized Dreamers would sponsor 80,000 more immigrants to enter the country as part of “chain migration.”

Immigrant-rights activists have argued that legalizing Dreamers would be a financial boon to the country, but the CBO and the Joint Committee on Taxation suggested otherwise, saying that while they would pay somewhat higher taxes in to the government, they would take far more out of it.

Kallstrom, a former Marine captain and Vietnam veteran, told FBN host Liz MacDonald that if an FBI agent wanted to stop someone from becoming President, "I think he can do what [Strzok] tried to do," adding "He can fabricate things, he can make stuff up, he can lie, he can be a total moron."

"You know, he belongs in Leavenworth this guy, in my personal view."

A lawyer for the Trump presidential transition team is accusing Special Counsel Robert Mueller’s office of inappropriately obtaining transition documents as part of its Russia probe, including confidential attorney-client communications and privileged communications.

In a letter obtained by Fox News and sent to House and Senate committees on Saturday, the transition team’s attorney alleges “unlawful conduct” by the career staff at the General Services Administration in handing over transition documents to the special counsel’s office.

Officials familiar with the case argue Mueller could have a problem relating to the 4th Amendment – which protects against unreasonable searches and seizures.

Congressional Republicans unveiled the most sweeping overhaul of the nation’s tax code in three decades Friday evening with an eye toward final passage next week after two key GOP senators endorsed the legislation.

"This is happening. Tax reform under Republican control of Washington is happening," House Speaker Paul Ryan, R-Wis., told rank-and-file members in a conference call. "Most critics out there didn't think it could happen. ... And now we're on the doorstep of something truly historic."

The final version of the so-called Tax Cuts and Jobs Act keeps seven tax brackets, but reduces rates for five of them. The new rates start at 10 percent and rise to 12, 22, 24, 32, 35 and 37 percent. The corporate tax rate is reduced from 35 percent to 21 percent and the bill provides sweeping tax deductions to other businesses, lowering their top effective tax rate to about 30 percent instead of 39.6 percent.

Religious schools, homeschoolers to get a boost in GOP tax plan, thanks to Ted Cruz and Mike Pence

Parents would get new federal tax breaks for sending their children to private or religious schools or teaching them at home if the final Republican tax overhaul bill becomes law.

For that, they can thank Sen. Ted Cruz, R-Texas, who offered the original amendment to extend 529 college savings plans to grade school and high school, including costs for homeschooling.

A 602nd ACS A-1E in flight over South Vietnam

All images on this page thoughtfully contributed by Rob Mignard.
Posted by Brock Townsend at Saturday, December 16, 2017 2 comments:

Gregg Jarrett: Did the FBI and the Justice Department, plot to clear Hillary Clinton, bring down Trump?

Via comment by Reborn on Dixie Rising: Another Roadside Memorial Battle Fla...

There is strong circumstantial evidence that an insidious plot unprecedented in American history was hatched within the FBI and the Obama Justice Department to help elect Hillary Clinton and defeat Donald Trump in the 2016 presidential election.

And when this apparent effort to improperly influence the election did not succeed, the suspected conspirators appear to have employed a fraudulent investigation of President Trump in an attempt to undo the election results and remove him as president.

Such a Machiavellian scheme would move well beyond what is known as the “deep state,” a popular reference to government employees who organize in secret to impose their own political views on government policy in defiance of democratically elected leadership.

An alleged burglar got more than he bargained for when he entered the Wisconsin home of a 95-year-old former Marine and his daughter.

Fred, a World War II veteran, says his dog started barking and alerted him to someone breaking in through a back door of the West Allis house on Dec. 4.

“I was almost standing nose to nose with him. That was a shocker,” the veteran told the Journal Sentinel. Fred added that the robber threatened to kill him and his dog if he didn’t hand over his wallet.

“I wasn’t scared. I was so damn mad,” the veteran of the war in the Pacific told reporters. The 95-year-old was able to wrestle alleged burglar, Gary Wells, to the ground before the homeowner’s daughter ran downstairs to help fight the thief off.

Former US Attorney: 'James Comey Sold His Soul to the Devil'

Posted by Brock Townsend at Saturday, December 16, 2017 No comments:

Wallace: It's Not Crazy for Trump to Be Concerned About FBI Bias

Posted by Brock Townsend at Saturday, December 16, 2017 No comments:

Gowdy in McCabe: "I'll be a little bit surprised if he's still an employee of the FBI this time next week,"

Rep. Trey Gowdy, R-S.C., suggested in an interview that FBI Deputy Director Andrew McCabe may soon lose his job as scrutiny over the agency intensifies.

McCabe is scheduled to testify Tuesday in front of the House Intelligence Committee on the subject of FBI agent Peter Strzok, who was removed from special counsel Robert Mueller's Russia inquiry team because of text messages that were critical of President Trump during the 2016 campaign.

You Milked It, You Own It 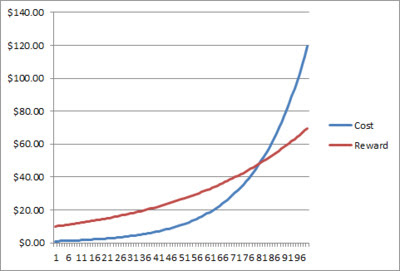 ....if you think us old geezers are going to fight to fix what you broke while you bitch and whine then you need to **** off and play in front of a fast-moving freight train.

This is the sort of horse**** that really pisses me off.


Like everyone in my generation, I am finding it increasingly difficult not to be scared about the future and angry about the past.
I am 35 years old—the oldest millennial, the first millennial—and for a decade now, I’ve been waiting for adulthood to kick in. My rent consumes nearly half my income, I haven’t had a steady job since Pluto was a planet and my savings are dwindling faster than the ice caps the baby boomers melted.

So let me see if I get this right.  You're 35, which means you were of voting age when Obamacare was passed.  You went to college after the scam of ramping college prices, driven by student loans, went into place.  In other words you got to vote for the majority of that **** too.

Via comment  by Reborn on Dixie Rising: Another Roadside Memorial Battle Fla... 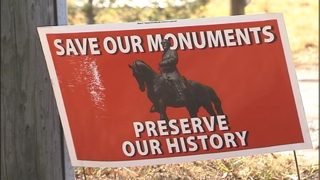 A large Confederate flag has been hoisted up in Catawba County, and the group behind it said it’s in response to Confederate memorials being taken down across the South.

The Sons of Confederate Veterans put the flag up on Springs Road in Hickory.

Mapping America: Every City, Every Block: Distribution of Racial and Ethnic Groups 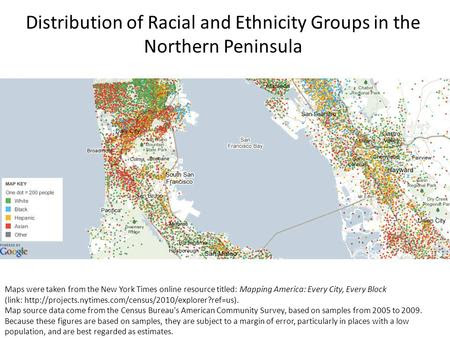