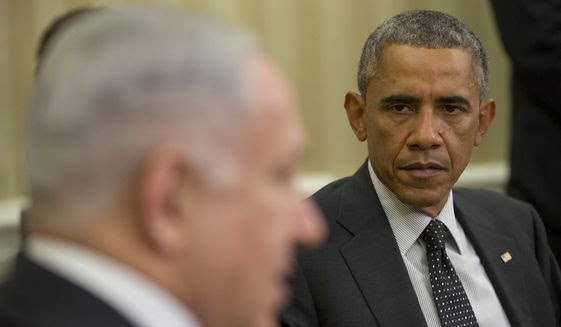 Mr. Obama’s threat reportedly deterred Israeli Prime Minister Benjamin Netanyahu from dispatching warplanes into Iran after Israel discovered that the U.S. had entered into secret talks with Tehran and that the two countries had signed an agreement, according to Kuwaiti newspaper Al-Jarida.

Al-Jarida also reported Sunday that “well placed” sources confirmed an unnamed Israeli minister disclosed the plan to Secretary of State John Kerry, and that Mr. Obama replied by warning that he would foil the plan by shooting down Israeli jets before they could reach their target destinations.