Can the President Rewrite Federal Law? by Andrew P. Napolitano 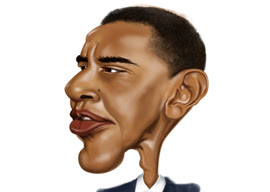 Here we go again. Is the Constitution merely a guideline to be consulted by those it purports to regulate, or is it really the supreme law of the land? If it is just a guideline, then it is meaningless, as it only will be followed by those in government when it is not an obstacle to their purposes. If it is the supreme law of the land, what do we do when one branch of government seizes power from another and the branch that had its power stolen does nothing about it?

Late last week, President Obama, fresh from a series of revelations that he kills whomever he pleases in foreign lands, that the U.S. military is actually fighting undeclared wars in Somalia and Yemen, and that the CIA is using cyber warfare—computers—to destabilize innocents in Iran, announced that he has rewritten a small portion of federal immigration law so as to accommodate the needs of young immigrants who came to the U.S. as children and remained here. By establishing new rules governing deportation, rules that Congress declined to enact, the president has usurped the power to write federal law from Congress and commandeered it for himself.

“If the president can rewrite federal laws that he doesn’t like, there is no limit to his power.”

Immigrants should not be used as political pawns by the government. When government does that, it violates the natural law. Our rights come from our humanity, and our humanity comes from God. Our rights are natural and integral to us, and they do not vary by virtue of, and cannot be conditioned upon, the place where our mothers were physically located at the time of our births. Federal law violates the natural law when it interferes with whom you invite to your home or employ in your business or to whom you rent your property or with whom you walk the public sidewalks.

When the government restricts freedom of association based on an immutable characteristic of birth—like race, gender or the place of birth—it is engaging in the same type of decision-making that brought us slavery, Jim Crow and other invidious government discrimination. Regrettably, the feds think they can limit human freedom by quota and by geography. And they have done this for base political reasons.

Along comes the president, and he has decided that he can fix some of our immigration woes by rewriting the laws to his liking. Never mind that the Constitution provides that his job is “to take care that the laws be faithfully executed,” and that “all legislative power” in the federal government has been granted to Congress. He has chosen to bypass Congress and disregard the Constitution. Can he do this?