Fighting To The End

"I shall never repent having done what I did, nor complain about the consequences of my captivity. (17 years) If history were to repeat itself, I would choose the same path. By so doing, I know from experience that I would lose everything but HONOR."

Brigadier General Tran Quang Khoi graduated from the Vietnamese National Military Academy at Da Lat in 1952, the French Cavalry School at Saumur in 1955, and the U.S. Army Armor School at Fort Knox in 1959. As senior advisor to the Vietnamese Chief of Armor, I first met him in 1966 when he deployed the ARVN 5th Cavalry to Xuan Loc. I accompanied him on several operations to reconnoiter for the impending arrival of the U.S. 11th ACR. In May of 1966, he provided his 1/5 tank troop (M41A3) for airlift to Da Nang ("When Tanks Took Wings," ARMOR, May-June 1994). In early 1970, his combined-arms Task Force 318 spearheaded the U.S./VN incursion into Cambodia, earning his Corps CG the sobriquet "The Patton of the Parrot's Beak." In November 1970, he organized and trained III Armor Brigade and commanded it in Cambodia, both before and after attending the U.S. Army Command & General Staff College at Fort Leavenworth in 1972-3. In 1971-72, I frequently met him in places like An Loc and Loc Ninh as his brigade raced between flash points in Cambodia.

Released from "Re-education Camp" after 17 years, he now resides in Springfield, VA. He is one of the finest Armor leaders I ever met; bold and daring, but not foolhardy, he knew full well how to use mobility and firepower to produce shock even in terrain like Vietnam's. He also had the imagination and flexibility to task-organize in such a way as to get the most from his available assets. Had Khoi been a tank battalion commander in Third Army during World War II, General Patton would have acknowledged two peers: Creighton Abrams and Tran Quang Khoi. 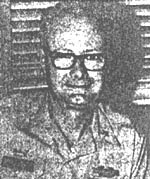 At the end of Vietnam War, the ARVN fought the war alone at the most difficult situation due to short supplies in logistics and the US military disengagement; however the ARVN III Armor Brigade and the Assault Task Force (ATF) unit of the III Corps had mounted the last major military offensive, relieving successfully the siege of Duc Hue camp, annihilating the 5th Division of North Vietnamese Communist regular army in such a lightning, daring tactics. Unfortunately, this classic epic battle seemed to get lost in the political fog of phony Paris agreement at that time. The below article by Brigadier General Tran Quang Khoi will recall a humble part of that magnificent event.

During the final days of the Vietnam War, I commanded the ARVN III Armor Brigade and III Corps Assault Task Force (ATF) throughout III Corps Tactical Zone and in defense of the City of Bien Hoa against the final Communist offensive in South Vietnam. For twenty years since the fall of South Vietnam on 30 April 1975, I have read many articles by both Communist and Free-World writers. Many of them are ambiguous or inexact, especially when referring to actions east of and in Bien Hoa. Some even distort the truth and wound the honor of III Armor Brigade/III Corps ATF, so I have an obligation to both the living and the dead to correct the record so as not to be ungrateful to the heroes who willingly followed me and fought to the very last minute of the war.