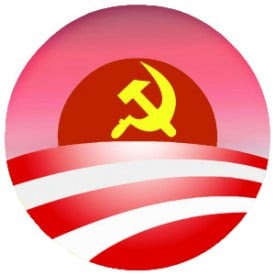 “An enormous people’s victory.” That’s how the political party of Karl Marx and Friedrich Engels jubilantly celebrated the results of the 2012 presidential election in the United States, which will put Barack Obama in the White House for another four years.

The comment was in a report to the Communist Party USA national committee from the party’s chairman, Sam Webb.

“We meet on the heels of an enormous people’s victory. It was a long and bitterly contested battle in which the forces of inclusive democracy came out on top. The better angels of the American people spread their wings,” he wrote in the online report.

He said blacks, Hispanics and women worked together to defeat “racist … white people” and that it now is time for the Communist Party USA to work on the foundations established by Obama on issues regarding the environment, homosexual marriage and minorities to its potential.