Russian circus performer beats himself to death in Acapulco jail cell, so they say 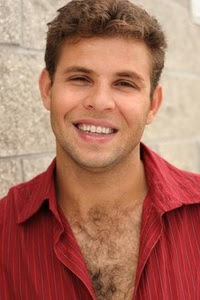 I was personally acquainted with Anton. Mexican police are trying to hurry to get rid of his body cremated.

Today I learned of the tragic and very strange death of my good friend Anton Alferov, which occurred in the city of Acapulco, Mexico.

The scattered data, Anthony was arrested on the beach for what is an administrative offense and with his mother was taken to the police station.
Later, his mother was released and Anton left the station. Then, with huge bruises on the head and face, he was taken to hospital, where he later died. From the words of the police, he lost control of the camera and started banging his head against the wall and broke the toilet.
This version is a huge question.
On fragmentary information, he got into a fight with the police.
Anton was a circus performer of the highest class, this year fresh from a tour with Cirque du Soleil, the show OVO. He opened his own show in Acapulco, also conducted master classes in acrobatics and circus arts.

Were able to learn about it only because of fragmentary information in Facebook. There is little information on local Mexican sites.
Would love as much as possible to spread this information, what would it's not zamylili.
Very probably soon need to help the family. Today we learned that my mother had a huge emotional and mental breakdowns.
Repost welcome In Acapulco, Russian acrobat Anton Alferov, who was part of the Cirque du Soleil and who had resided in Acapulco for several years, met a violent death which was not only absurd, but so far indecipherable.

Authorities have conducted the case in a sealed manner, to the point that not even the assigned case number of the preliminary inquiry to investigate the causes of death has been revealed. All that is known about it is from "law enforcement sources".

The story is astonishing: the athlete, about 35, was reportedly arrested by federal police in Costa Azul while trying to break in to a home. He was then they handed him over to the municipal police, who, in turn, passed him on to ministerial police. Another version says only municipal police made the arrest.

With contusions in various parts of his body, Anton should have been taken to hospital for treatment, but he decline to go, and ended up in the ministerial police jail cells. There he "went crazy" and beat himself against the wall and, like Hulk, ripped a toilet bowl from the floor and tossed it against the bars of the jail cell. By his own means, he beat himself to death.
Posted by Brock Townsend at Friday, November 02, 2012