Former Rep. Walsh: 'We May Have to Shed Blood' to 'Preserve Freedoms' 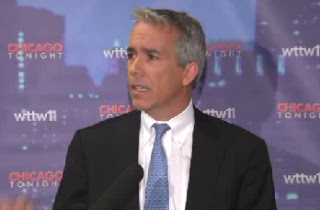 Former Rep. Joe Walsh has told supporters they may have to “shed blood’’ to halt implementation of the Affordable Care Act and new proposed gun regulations, The Hill reports.

The Republican firebrand said conservatives may have to "defy and or break the law and engage in civil disobedience" to make a point.

But he also paraphrased Thomas Jefferson, saying: "We may have to shed blood every couple hundred years to preserve our freedoms.’’

Walsh, a tea party favorite, insisted the GOP is losing the "war" for voters, but said he’s "not there yet" on possibly quitting his party.

"By May, June, July, August, we're going to have a movement in this state that's going to scare Republicans and Democrats," he said.

Walsh, who lost his re-election bid to Democrat Tammy Duckworth in November, said conservatives are losing to progressives, he said, because "our side doesn't understand we're at war."

According to DNAInfo Chicago, Walsh said there is a battle between the old values of freedom against the new emphasis on government control.
"These two Americas are having it out," he said.