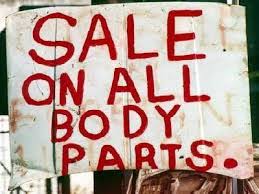 Elaborate greetings are the norm, I’ve found, when one enters a Central African village. So it was a surprise when I noticed that many people weren’t shaking hands the morning I arrived in Tiringoulou, a town of about 2,000 people in one of the remotest corners of the Central African Republic, in March 2010. I soon found out the reason: the day before, a traveler passing through town on a Sudanese merchant truck had, with a simple handshake, removed two men’s penises.

As best I could reconstruct from witness accounts, the stranger had stopped to purchase a cup of tea at the market. After handing over his money, he clasped the vendor’s hand. The tea seller felt an electric tingling course through his body and immediately sensed that his penis had shrunk to a size smaller than that of a baby’s. His yells quickly drew a crowd. Somehow in the fray a second man fell victim as well.