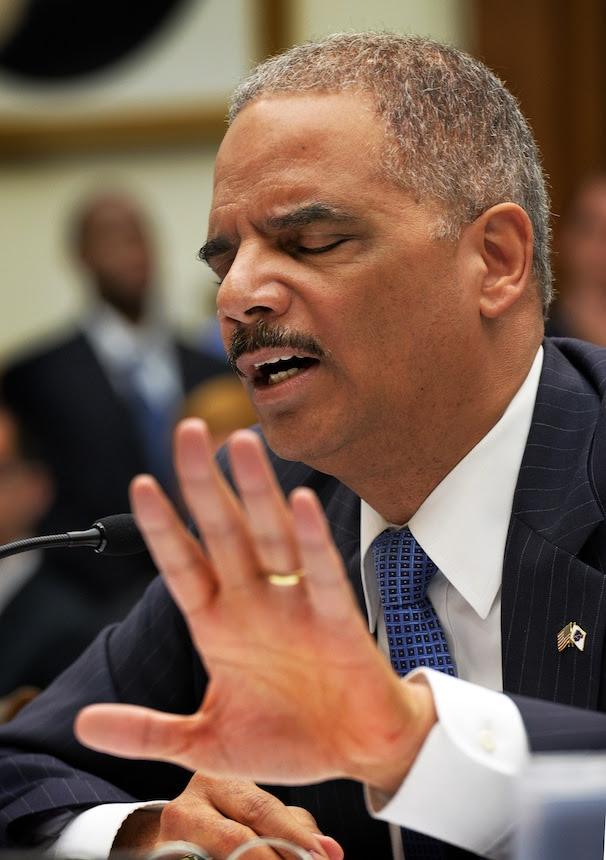 Sean Higgins thinks this Washington Post "report" on Eric Holder's widely-boycotted confab with journalists is "beyond parody."  Yeah, pretty much:


Attorney General Eric H. Holder Jr. pledged Thursday to take concrete steps to address concerns that the Justice Department has overreached in its leak investigations and said officials would seek procedural and possibly legislative changes to protect journalists’ First Amendment rights. Holder’s commitment came at a private meeting with news executives after criticism that the Justice Department had infringed on the news media in several high-profile leak investigations. Participants said he told them officials would revise guidelines for issuing subpoenas to obtain reporters’ phone records. The 90-minute meeting was attended by a small group of journalists after several news organizations objected to the Justice Department’s insistence that it be held off the record. The participants, however, reached an agreement with the Justice Department under which they could describe what occurred during the meeting in general terms...

Eric Holder pledged to take "concrete steps" to address the actions of Eric Holder -- up to and (possibly) including backing legislative action that would curtail Eric Holder's ability to abuse Eric Holder's power.  What a guy.  Direct quotes would be priceless here, but those weren't allowed, of course.  Instead, the DOJ very magnanimously permitted reporters to offer "general" accounts of what was discussed.  There's more: