Is this Christmas message offensive? 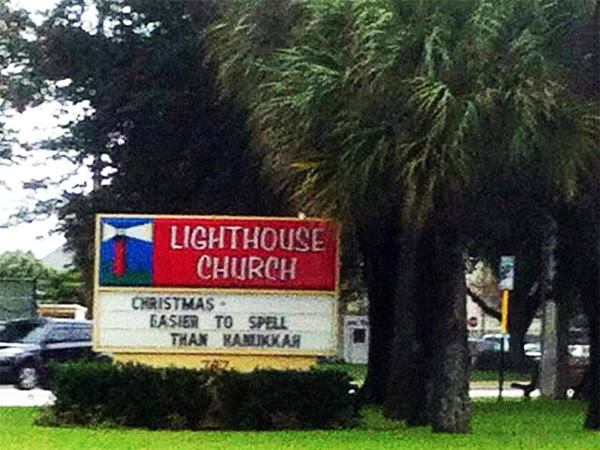 The holiday message on a church sign in this Atlantic coastal community has raised some eyebrows, at least at the local NBC television station which thought a news story on it was necessary.

The inspirational sign in front of the Lighthouse Baptist Church is changed weekly, and for the past 15 years, there has been no objection to the slogans.

But a recent message stated, “Christmas easier to spell than Hanukkah.”

That, according to WPTV reporter Christina Noce, prompted some people to call the church demanding the sign be removed.