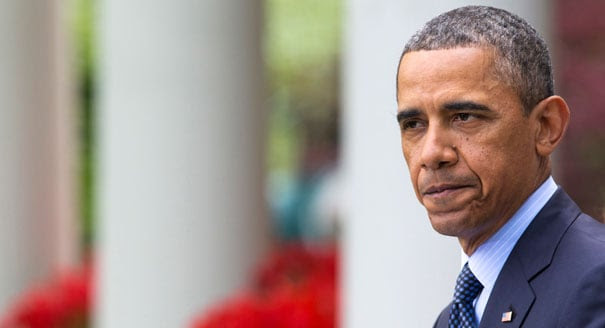 The White House appears to have dropped a bombshell when it explained to the press why White House staff in Washington enrolled President Obama in Obamacare instead of Obama himself.

Officials said it was because HealthCare.gov could not verify Obama’s identity.

“Somebody who’s not waiting in line to enroll is the president of the United States. We learned today from the White House. Initially, they said he signed up for what they called a bronze plan, paying about four hundred dollars a month in premiums. But, then they came back to us and said – ‘Well, wait. He didn’t actually enroll. They said his staff did it and that’s because of his unique circumstance obviously, as commander-in-chief, that his personal information is not in various government databases, so Healthcare.gov could not actually verify his identity, oddly enough. So, he had to do it in person this weekend, so he was signing up for the D.C. exchange, but his staff did it.”

A CBS report in Washington, likewise, explained White House staff had to go to an “in-person” Obamacare site to sign up Obama for coverage.

The Fox News report,  noted by the Gateway Pundit, set off a round of speculation on the Internet.

What information was so sensitive for Obama that it had to be excluded from government databases?

Clearly, the information was not his Social Security Number or his birth records, because the White House has claimed to have made public both.

In the same article, WND also reported Obama was using a Social Security Number set aside by the Social Security Administration for applicants with addresses in Connecticut. Public records, meanwhile, provide no evidence Obama ever had an address in the state.