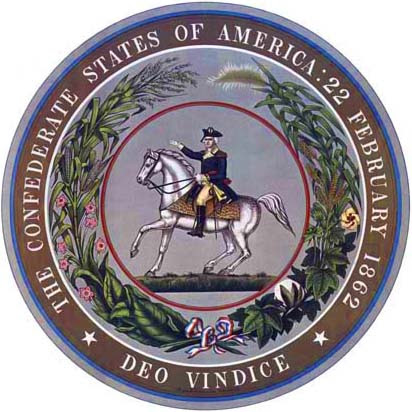 To Commemorate the Sesquicentennial and at the same time.........acquire a keepsake that can be passed down for generations I am commissioning a .999 fine silver coin/medallion  marking the occasion.  This will not be a .........money making venture.  We are not attempting to make a profit, but only to do something for our members. The coin will be sold for the cost of the metal, plus our production cost.  The price per coin will be $34.  The coin will have The Great Seal on the back and a raised relief of the Shenandoah on the front.  It will also have, "War For Southern Independence Sesquicentennial, 2011-2015"

The Shenandoah destroyed more Union commerce than any other ship except for the Alabama.  It is a symbol of pride for the Confederacy and the State of NC because the ship never did surrender to the US Government and it's captain was NC native, James I. Waddell.

The coin will come in a plastic case which will protect its proof status and each coin will be numbered on it's edge. This is a rare opportunity to acquire something like this at cost.

The deadline for ordering is February 14th.