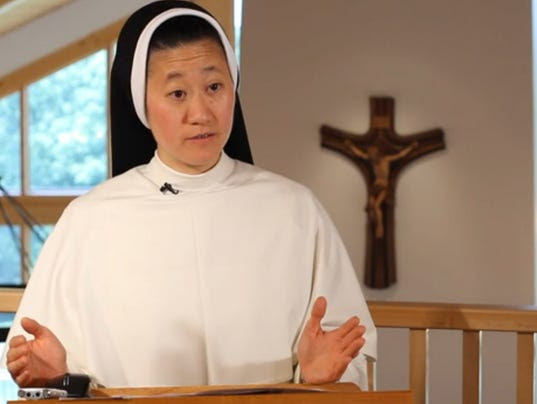 A theology assistant professor at a Catholic college has some parents of a high school here up in arms after a speech on homosexuality.

Administrators at Charlotte Catholic High School met Wednesday with about 900 parents who learned about the March 21 speech from their children, upset at Sister Jane Dominic Laurel's assertion that homosexuality occurs mainly as a result of parents' shortcomings and pornography.

Students said the assistant professor of theology at Aquinas College in Nashville, Tenn., told them that single and divorced parents caused kids to become gay; that homosexuals cannot live normal, productive lives; and that gays can't be good parents.

About half of the one-hour talk centered on homosexuality, according to a statement from the Roman Catholic Diocese of Charlotte's official newspaper.