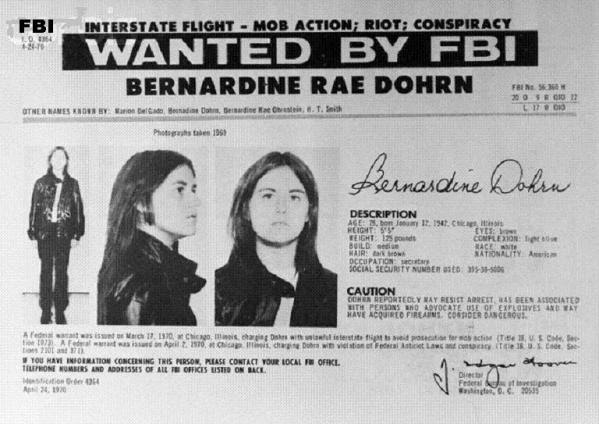 The new head of the U.S. pardon office is not only deeply tied to former Weather Underground leader Bill Ayers – as WND exclusively reported Wednesday – but also to Ayers’ wife, Bernardine Dohrn, a co-founder with him of the domestic terrorist group.

The Justice Department announced Wednesday that Deborah Leff, currently a senior adviser to Attorney General Eric Holder, will take over the Office of the Pardon Attorney, where she will oversee vetting federal inmate applicants for presidential grants of clemency.

WND found that in 1996, Leff appeared with Dohrn, once the FBI’s most wanted woman, as a panelist at a gun violence discussion sponsored by the American Bar Association in Chicago.