Op-Ed: “Open Carry” Activists Score Yet Another Own Goal 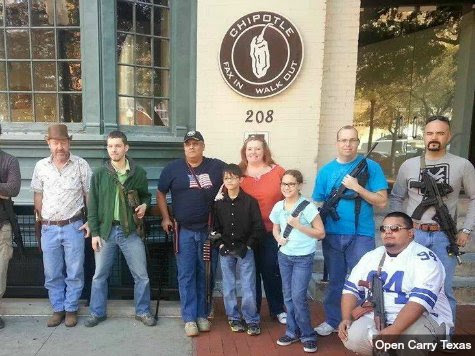 I’ve owned and shot firearms since my age could be measured in single digits. I’ve actively engaged in firearms competition since I was in my teens. I’ve carried a lawfully concealed firearm on my person pretty much every day of my adult life.

I’ve been an NRA instructor since my 20s, and have personally taught a great many people—many of them women overcoming the horror of sexual assault—how to handle firearms safely and, if necessary, to effectively stop a deadly attack upon themselves or their family.

I’ve been an NRA Life Member for something like a couple of decades, and consider myself a Second Amendment absolutist. Not only do I think universal background checks would be a bad policy to adopt, I think all current background check systems are a laughable and useless infringement on the rights of the law abiding that have zero impact on denying access to guns by prohibited persons, and should be banned forthwith.

I think that anything other than Constitutional Carry, in every state, as well as the District of Columbia and every territory that answers to American sovereignty, is an inexcusable affront to the very fiber of the United States Constitution.

I also think that anybody engaged in the practice of “Open Carry in YOUR FACE!!!” (henceforth “OCIYF!”) is behaving like a jackass.


More @ Legal Insurrection
Posted by Brock Townsend at Friday, May 23, 2014