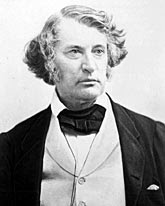 In the South, the term "swallowing the dog" meant pledging allegiance to the United States

This is another series of excerpts from The Day Dixie Died that our readers ought to really enjoy. What is the meant by the phrase “swallowing the dog”?

For Confederate veterans, the term “swallowing the dog” meant being forced to repeatedly pledge allegiance to the United States whose military forces were occupying the Confederacy.

“Swallowing the dog” is the same feeling of alienation and disgust that Southerners experience today at the sight of President Barack Hussein Obama and Eric “My People” Holder:

“It was the most despised word in the South. A few took it “as if it was nothing more than a Glass of Lemonade.” Others refused as if it were arsenic. It forced people to reexamine their priorities:

principles or bread? They reconsidered what it meant to give their word of honor. For loyal Confederates, it was likened to “swallowing the dog.”

The Oath of Allegiance to the United States became a staple of the Confederate diet. In exchange for the privilege to vote, to transact business, to acquire rations, to perform marriage ceremonies, or even get married. Rebels were forced to gulp down their pride and utter these words: “I do solemnly swear that I hereby renounce all countenance, support and allegiance to the so-called Confederate States of America.

For a people left crushed a crippled, the requirement of the oath was like pouring salt into an open wound.


More @ Occidental Dissent
Posted by Brock Townsend at Thursday, May 22, 2014