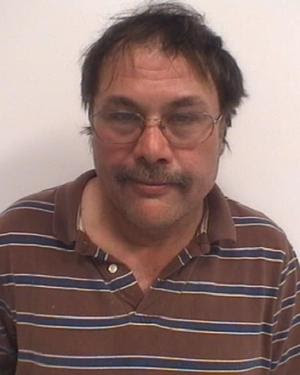 
Davidson County deputies arrested a man who was walking around a neighborhood with an assault rifle, according to a news release today from the Davidson County Sheriff’s Office.

Danny Gray Lambeth, 51, of Old U.S. 52 in Winston-Salem was charged with going armed to the terror of the public.

According to the sheriff’s office, deputies responded to the area of 10711 Old U.S. 52 on Saturday after receiving a report of a man walking around residences with an assault rifle. During the investigation, Lambeth was identified as the suspect.

Lambeth was placed in the Davidson County Jail with bond set at $1,000. He is scheduled to appear in Davidson District Court on Jan. 29, 2015.

Let’s ignore for the sake of argument the idiotic press report about this being an “assault rifle” (which is wasn’t unless it had select fire mode).