Via comment by Anonymous on What If ‘Whites’ Strike Back Against The Race-Bait... 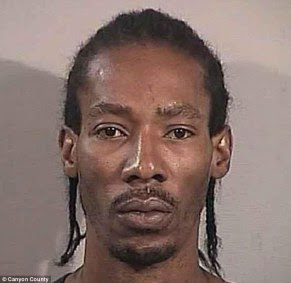 James D. Kirk was sentenced to twenty years in prison for sexual battery of a 13 year old white girl.

He was also charged with lewd conduct towards a 17 year old white girl.

Kirk raped a 13 year old white female, who had run away from a group home with three other girls.

Now three left-wing activist judges have overturned his convictions, because the perp is black and the prosecutor quoted the song Dixie. The panel of three judged declared that the song Dixie tainted the trial with racism.