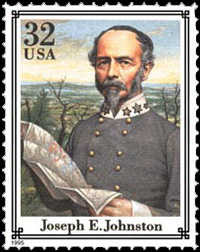 Sometimes, history can be found in the strangest places.

Like stuffed in the back of an underwear drawer.

That's where Angela Smith-Crumpler, a 61-year-old Raleigh-area lawyer, discovered a rare, crucial document that helped North Carolina stumble to its feet after the Civil War.

And, if things work out, General Order No. 46 - which outlined the rights and responsibilities of newly freed slaves in the state - will be a centerpiece of the North Carolina Civil War History Center planned for Fayetteville.

"It's exciting, really exciting," said David Winslow of the center as Smith-Crumpler gingerly opened the triple-folded paper. "This would be a highlight for any museum, and would be a centerpiece of our Reconstruction area."

The letter, dated May 15, 1865, was written at the command of Maj. Gen. John Schofield. He was military commander for the Department of North Carolina in the turbulent months after the war's end.

"The document essentially is the start of Reconstruction in this state," Smith-Crumpler said.