What Was a Member of Clinton's 'Secret Spy Network' Doing While Working for CBS News? 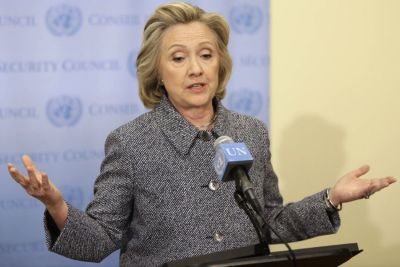 In March, an investigation by ProPublica and Gawker revealed that a “secret spy network” that was not on the State Department payroll, run by longtime Clinton aide Sidney Blumenthal, was “funneling intelligence about the crisis in Libya directly to the Secretary of State’s private account starting before the Benghazi attack.” Now the WEEKLY STANDARD has learned that Tyler Drumheller, the former chief of the CIA’s clandestine service in Europe who was working directly with Blumenthal as a member of Clinton’s spy network, was concurrently working as a consultant to CBS News and its venerable news program 60 Minutes.