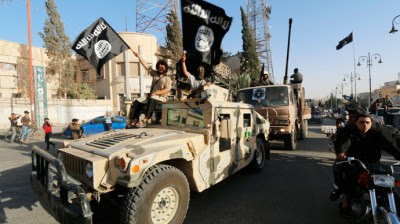 Amply documented but rarely mentioned in news reports, the ISIS is a creation of US intelligence, recruited, trained and financed by the US and its allies including Britain, France, Saudi Arabia, Qatar, Turkey, Israel and Jordan.

Russia is Now Involved in the War on Terrorism

A major turning point in the dynamics of the Syria-Iraq war is unfolding. Russia is now directly involved in the counter-terrorism campaign in coordination with the Syrian and Iraqi governments.
While Washington has acknowledged Moscow’s resolve, Obama is now complaining that the Russians are targeting the “good guy terrorists” who are supported by Washington.

From the Horse’s Mouth