Conservative authors are banding together to publish a manifesto Friday denouncing the ideas of Republican presidential front-runner Donald Trump.

Leading conservatives including Erick Erickson, William Kristol and Yuval Levin have written essays for a special issue of National Review to be published Friday, The New York Times reports.

“Donald Trump is a menace to American conservatism who would take the work of generations and trample it underfoot on behalf of a populism as heedless and crude as The Donald himself,” reads an editorial accompanying the essays in the issue, according to the newspaper. 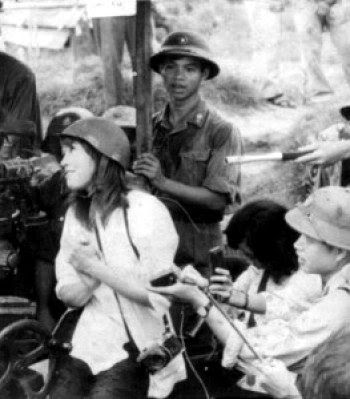 HARDLINER HOLLYWOOD COMMUNISTS and RADICALS Join Together to Defeat Trump

In 1972 “Hanoi” Jane Fonda applauded an NVA anti-aircraft gun crew during her trip to North Vietnam. These guns were used to shoot down American planes and contributed to the deaths of American Airmen.

Jane Fonda once said, “If you understood what communism was, you would hope, you would pray on your knees that we would some day become communist.”

The brave far left activists signed their name to a list to dump Trump.