If They Come for Your Guns, Do You Have a Responsibility to Fight? 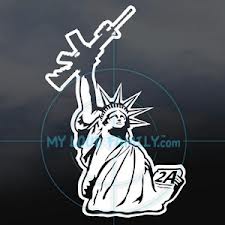 I feel a tremendous responsibility to write this article though I am a little apprehensive. Thinking about the possibility of rising up against our own government is a frightening thing for many of us. I am not Johnny Rambo and I will be the first to admit that I do not want to die. The reason I feel compelled to write this, however, is simply because I don’t think the average American is equipped with the facts. I feel that a lot of American citizens feel like they have no choice but to surrender their guns if the government comes for them. I blame traditional media sources for this mass brainwash and I carry the responsibility of all small independent bloggers to tell the truth. So my focus today is to lay out your constitutional rights as an American, and let you decide what to do with those rights.

About a month ago I let the “democracy” word slip in a discussion with a fellow blogger. I know better. Americans have been conditioned to use this term. It’s not an accurate term and it never has been a correct term to describe our form of government. The truth is that the United States of America is a constitutional republic. This is similar to a democracy because our representatives are selected by democratic elections, but ultimately our representatives are required to work within the framework of our constitution. In other words, even if 90% of Americans want something that goes against our founding principles, they have no right to call for a violation of constitutional rights.