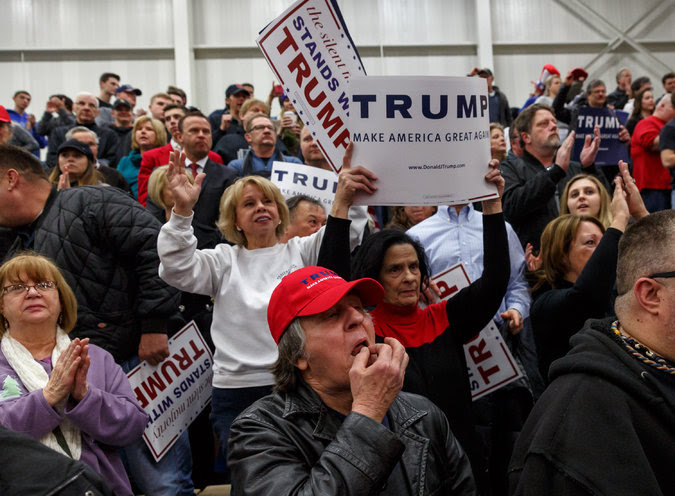 From Michigan to Louisiana to California on Friday, rank-and-file Republicans expressed mystification, dismissal and contempt over the instructions that their party’s most high-profile leaders were urgently handing down to them: Reject and defeat Donald J. Trump.

Their angry reactions, in the 24 hours since Mitt Romney and John McCain urged millions of voters to cooperate in a grand strategy to undermine Mr. Trump’s candidacy, have captured the seemingly inexorable force of a movement that still puzzles the Republican elite and now threatens to unravel the party they hold dear.

In interviews, even lifelong Republicans who cast a ballot for Mr. Romney four years ago rebelled against his message and plan. “I personally am disgusted by it — I think it’s disgraceful,” said Lola Butler, 71, a retiree from Mandeville, La., who voted for Mr. Romney in 2012. “You’re telling me who to vote for and who not to vote for? Please.”