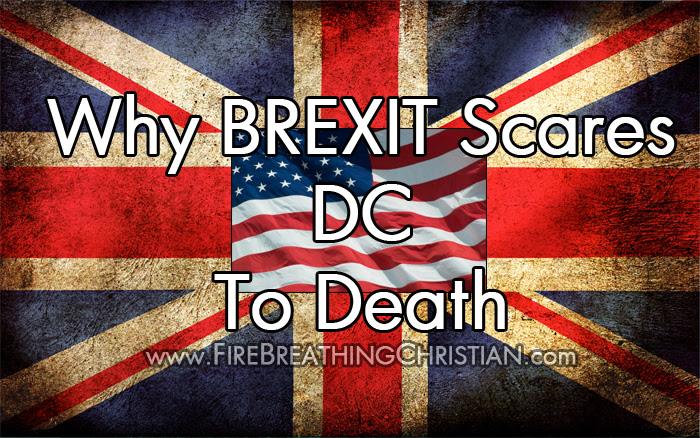 Let’s start with some good news: It’s just a matter of time before Washington DC ceases to control the people living in what we now call America.

One day soon there will be no more DC-centered power.

One day soon there will be no pledges taken to the indivisible power of a DC-centered political beast.

The time of centralized power in the hands of anti-Christian Statists is coming to an end, and much sooner than they would even have us imagine possible.

Which is why the coming Brexit vote in Britain absolutely terrifies pagan elites atop the DC-centered Republican/Democrat beast.