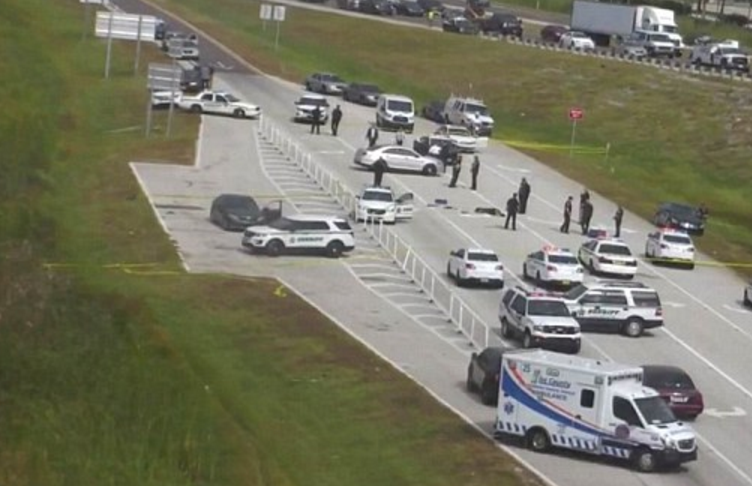 A driver who attacked a Florida sheriff's deputy Monday morning was shot and killed by a bystander who warned him to stop beating the officer, according to a report.

The incident began at around 9:30 a.m. when the Lee County deputy tried to make a traffic stop on Interstate 75 in Estero. Instead of complying, witnesses said the driver took off, reaching speeds of more than 100 miles per hour.

The deputy chased the suspect onto an exit ramp, where a witness said the suspect got out of his car and assaulted his pursuer.

Shanta Holditch told WZVN that the suspect pulled the deputy out of his car and "just kept beating him and beating him ... throwing him to the ground and punching him in all different directions."