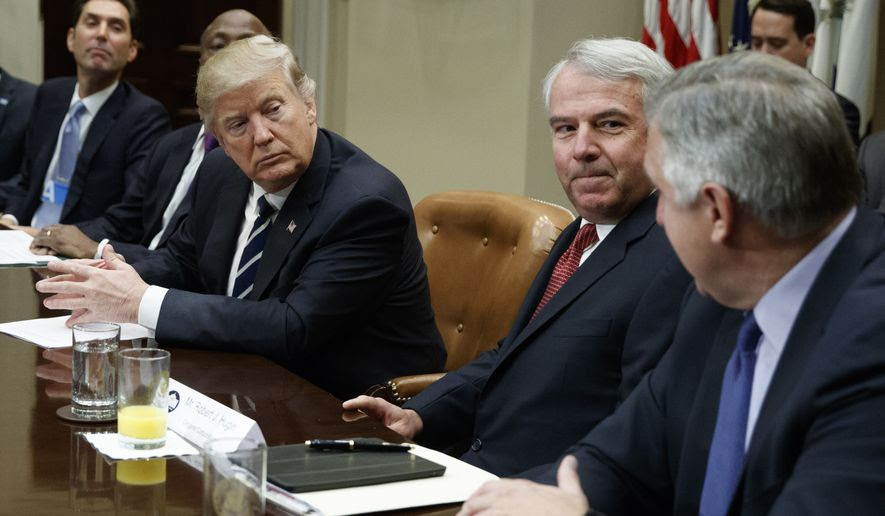 President Trump told pharmaceutical executives Tuesday he wants lower drug prices, and he pledged that the government will speed up approval times for new medicines.

“You folks have done a terrific job over the years, but we have to get prices down for a lot of reasons,” Mr. Trump said at the White House. “We have no choice. For Medicare, for Medicaid, we have to get the prices way down.”

The president urged the executives around a conference table to bring back their manufacturing operations to the United States, promising to cut regulations and speed up the Food and Drug Administration’s consideration of new drugs. He said it’s “disgraceful” that companies spend on average $2 billion to develop a drug and can wait as much as 15 years for a final decision by the FDA.

“We’ll also be streaming the process so that, from your standpoint, you can actually get a drug approved if it works, instead of waiting many, many years,” the president said.