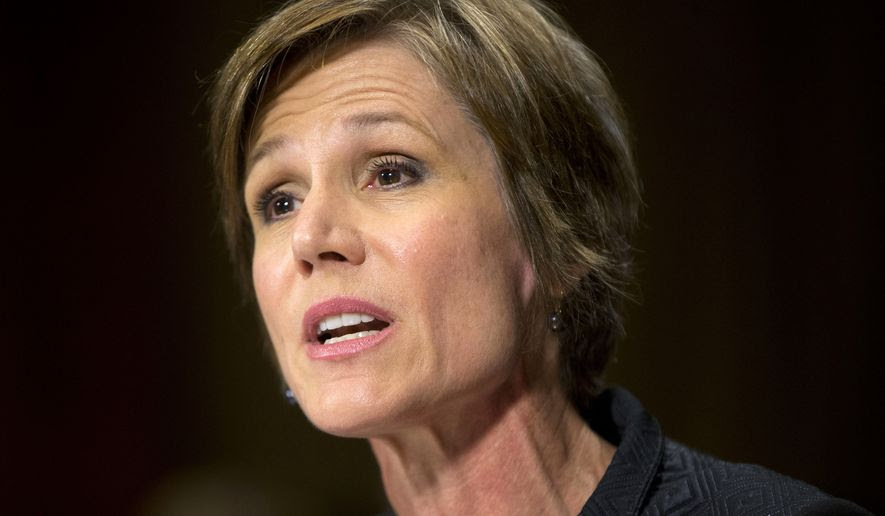 Former acting Attorney General Sally Q. Yates was cheered Tuesday by Democrats thrilled with her refusal to enforce President Trump’s executive order on refugees, but she wasn’t always as picky when it came to White House directives.

Ms. Yates, whom Mr. Trump fired Monday night, engaged in no such rebellion against President Obama’s order on immigration amnesty in her role as the second-ranking official in the Justice Department, even after a federal court declared it unlawful.

Ms. Yates‘ decision to go to the mat for the Obama directive comes in sharp contrast to her defiance of the Trump administration, fueling accusations that she capped her 10 days as acting attorney general by crossing the line into political grandstanding.

How can a prosecutor justify as a matter of law defending one presidential order and not the other?