There Will Be Blood: Left Prepares For War After Berkeley Beat Down: “Combat Training, Better Equipment, Guns…”

Via comment by Average Joe on WE WON THE BATTLE OF BERKELEY! 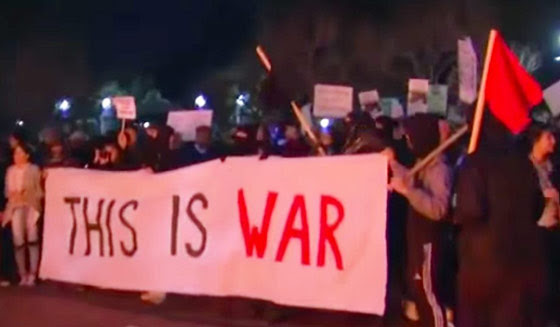 This prompted a reddit discussion among the left’s tolerant resistance movement, with many asking how they can more effectively go to war against anyone who disagrees with their social, political, and economic views.

The anti-Trump protesters at the rally were ill-prepared for what they came to Berkeley to confront and now they are trying to figure out ways to ensure it doesn’t happen again.

In short, as predicted, they are turning to militancy and mob action by mobilizing individuals and groups to attend combat training seminars, acquiring better equipment like baseball bats and helmets, and of course, if things really go bad… guns.