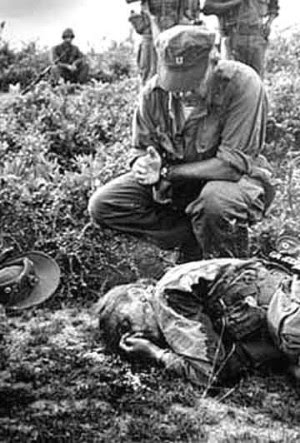 
The night before her death, she had dinner with Lt. Gen. Lewis Walt, Marine Commander in Vietnam, Garofolo said, and “told him that when she dies, she wanted to be on patrol with the Marines.”


When mortar shell shrapnel exploded from a booby trap that hit Marines close to Chu Lai, Vietnam, a combat photographer was near the front.

Recently she was celebrated with the title of honorary Marine at the United States Marine Corps Combat Correspondents Association banquet in San Diego. In October 2016, Commandant Gen. Robert Neller approved the title for the ­award-winning war correspondent.

She was a five-foot-tall trailblazer who covered conflicts from World War II, to the Cold War, and finally, to Vietnam.

A writer and photographer, Chapelle’s photos had been featured on the covers and pages of Life, National Observer, ­Cosmopolitan, Reader’s Digest and National Geographic magazines.