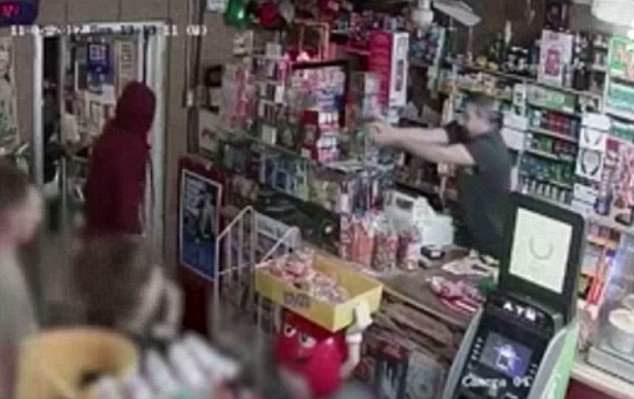 Shocking surveillance footage shows the moment a convenience store owner whips out his gun from behind the counter and starts shooting at a group of armed robbers.

The footage shows three men with hoods over their heads enter Lee Rays General Store in Wardville, Louisiana, one with a gun outstretched in his hands.

The would-be robbers appear to threaten the man behind the counter, the store's owner Frank Issa.