Intolerance at Cornell: After my Fox News appearance, bullying and threats began. It got so bad I sought counseling. 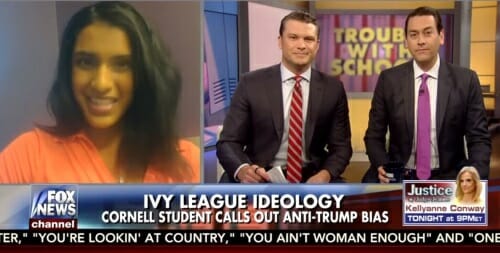 It is difficult to express conservative views as a college student without being called names, attacked personally, or even threatened by peers. I know because I’ve lived it.

The worst came after I appeared on Fox News in May to voice alarm over a new course at my Ivy League institution that deeply criticized Donald Trump while venerating Barack Obama.

“Based on the syllabus it doesn’t seem like a fair conversation,” I said about the new government course offered this past fall at Cornell called “America Confronts the World.” The syllabus accused Trump of xenophobic nationalism while describing Obama as a pragmatic cosmopolitan