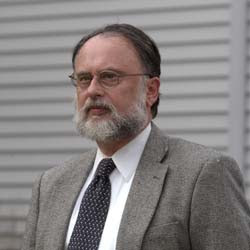 Of the many reasons that war occurred in 1861, trade and sovereignty were two of the most prominent. On the first, Northern editorial opinion changed dramatically after the new Confederate States government enacted a virtual free-trade 10% tariff which would have bankrupted Northern ports and industry; the second was the question of the federal agent of the sovereign States waging war upon its creators. In the years prior to the war, Manhattan banks were lending money and modest interest to planters expanding fields for cultivation — and New England mills eagerly accepted slave-produced cotton.  Since 1865, Northern capitalists and their allies in the three branches have had a free hand in federal monetary policy and trade.
Bernhard Thuersam, www.Circa1865.org   The Great American Political Divide

“The heart of the trade debate is not income or prices but sovereignty. The free trade agreements entered into by the United States not only violate our Constitution – a small thing, perhaps, since our own government does that very thing every day – but they also erode sovereignty.

This is obvious from the global apparatus of rigged trade established by NAFTA and GATT, but of the World Trade Organization set up in the last round of GATT alarmed even some knee-jerk free-traders. The WTO is a secret organization whose meetings are closed to the press, and it has a right to settle trade disputes between the US and other nations and the power to enforce its decisions.

When it comes right down to it, the free-traders believe that men and women are not really French or American, not really Christians or devil-worshippers; they are only rational producers and consumers, rootless hedonists and utility-maximizers who could just as well be born from a test tube as from a mother’s womb. They acknowledge no social ties except that of the contract for mutual exploitation. Concepts like “loyalty” and “treason” are as alien to them as they were to Red capitalists like Armand Hammer.

The big-money boys of the capitalist West (in and out of government) have changed their rivals but not their attitudes. They will sell arms to both sides in an African civil war and poison gas to Saddam Hussein; and if a tin-pot dictator bankrupts his country buying fighter planes, computer systems and one-way railroads, the New York banks will be happy to give him a loan backed by the World Bank and the American taxpayer.

In the good old days, American conservatives had to do battle with an evil globalist ideology called communism. They had their difference but they agreed on what they were against.

Today, they are confronted by a different globalism, the ideology of free trade and open borders and world government. If our conservative Republicans refuse to stand up to this menace, then the only way they are going to get into the White House is by buying a ticket and taking the tour.”