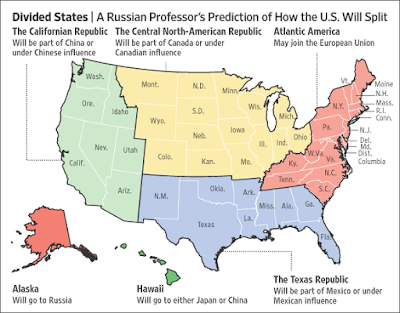 I am reading a great book, American Contempt for Liberty by Professor Walter E. Williams; it is a massive tome – an aggregation of his essays.  In it he has an essay, Parting Company, in which he discusses the potential geo-political divorce between the two sides of the political spectrum:


I believe our nation is at a point where there are enough irreconcilable differences between those Americans who want to control other Americans and those Americans who want to be left alone that separation is the only peaceable alternative. Just as in a marriage where vows are broken, our rights guaranteed by the U.S. Constitution have been grossly violated by a government instituted to protect them. These constitutional violations have increased independent of whether there's been a Democrat-controlled Washington or a Republican-controlled Washington.
More @ Red Pill Jew
Posted by Brock Townsend at Monday, May 07, 2018