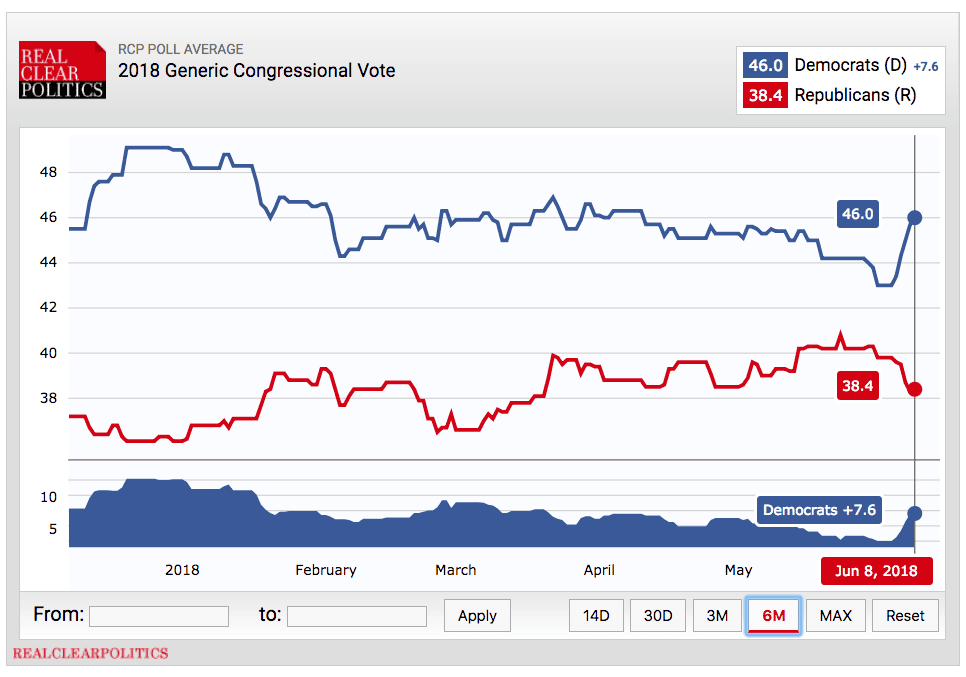 The GOP’s deficit in the generic-ballot poll score has spiked from just 3.2 points to 7.6 points in the last week as business donors and House Speaker Paul Ryan push for a wage-cutting amnesty.

The new polls show all of the GOP’s gradual gains since mid-March were suddenly wiped out starting June 1, when the Democrats held a mere 3.2 point advantage in the generic ballot, which records voters’ partisan preference. One week late, on June 8, the gap had jumped to 7.6 percent as the establishment media extensively and favorably covered the discharge-petition push and Ryan’s June 6 public support for an amnesty.

The GOP’s score dropped 1.4 points, from 39.8 percent, during the week in comparison to prior polls by the same companies.

Democrats gained 3 points during the same week, so widening their advantage from 3.2 points to 7.6 points.