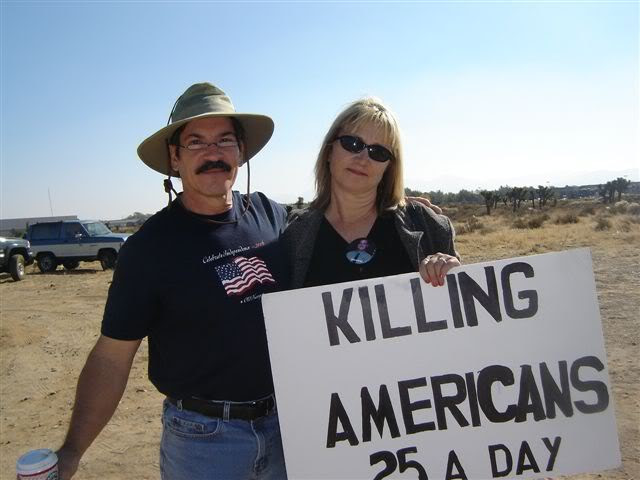 Amazing that the country which invented virtually every modern convenience. destroyed despotic empires from Japan to Nazi Germany to the Soviet Union, cannot control our own border so we decide who may enter.   This is not a practical problem - we could seal the border tomorrow. It is a political problem that combines the Democrats racist deracination voter pump stratagem, and the wants of GOP RINO's for cheap labor. Who loses in this picture?  Go
look in the mirror, with your family standing next to you.
~ J....

[from a friend of a friend]

I had been a SCV Minuteman for years when I lived in California. I have my National Minutemen I.D. that allows me to be part of the militia to continue to help our BP (Border Patrol) agents. We were just fine helping BP in covering the border, until Gov Brown prevented us from being able to carry guns at the border anymore or even be there legally (ironic if you think about it).

Let me explain what it's like at the border. Most children that were coming over the border were NOT with their parents; they were with paid coyotes, drug dealers, strangers, human traffickers, etc. Their parents gave them up at home, separating them from the family there, long before they got to the border. Most of those supposed families that brought a child with them, couldn't prove they were some how a relative if not a parent. No documentation, they couldn't even give you a birthday or name for the child they were with. Women coming over are being raped by those same groups, which created "rape tree's" so that those groups could make a statement about their control. Land owners on the border had their property either taken over or destroyed; their cattle killed, water stolen, drained, destroyed from the tanks, robberies in their own homes that included rape, if not killed outright, most were threatened daily to keep quiet.

Several Presidents have been down at the border to speak with those living there but have done absolutely nothing to change things. This makes those landowners want to get out before they are brutally killed,  as it's only gotten worse. The more this goes on the more innocent lives are affected, that includes Americans as well as illegal aliens trying to make their way here. The President doesn't have control of legislation, only the two Houses of Congress do. All the President can do is force the BP and DHS to work within the law OR to ignore the laws on the books. The latter HAS been going on for too long with "catch and release." Everyone needs to stop listening to the media that is using this as a tool for winning midterm elections for the same Democrats who are at the root of the problem, and the voters need to yell at their elected officials to deal with this effectively, NOW.

When President Trump first got into office he tried to address this with getting the legislators together to get this done. It's been a year and a half and they have done nothing. The President is being humane in forcing the issue. And if you don't like it or believe it, you spend some f------ time down at the border!
Posted by Brock Townsend at Tuesday, June 19, 2018