Helsinki Talks - How Trump Tries To Rebalance The Global Triangle 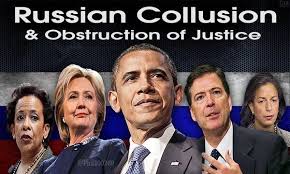 These imbeciles do not understand the realism behind Trump's grand policy. Trump knows the heartland theory of Halford John Mackinder.  He understands that Russia is the core of the Eurasian landmass. That landmass, when politically united, can rule the world. A naval power, the U.S. now as the UK before it, can never defeat it. Trump's opponents do not get what Zbigniew Brzezinski, the National Security Advisor of President Carter, said in his book The Grant Chessboard (pdf) about a Chinese-Russian alliance. They do not understand why Henry Kissinger advised Trump to let go of Crimea.

The reactions of the U.S. polite to yesterday's press conference of President Trump and President Putin are highly amusing. The media are losing their mind. Apparently it was Pearl Harbor, Gulf of Tonkin and 9/11 all in one day. War will commence tomorrow. But against whom?
Behind the panic lie competing views of Grand Strategy.

Rereading the transcript of the 45 minutes long press conference (vid) I find it rather boring. Trump did not say anything that he had not said before. There was little mention of what the two presidents had really talked about and what they agreed upon. Later on Putin said that the meeting was more substantive than he expected. As the two spoke alone there will be few if any leaks. To understand what happened we will have to wait and see how the situations in the various conflict areas, in Syria, Ukraine and elsewhere, will now develop.