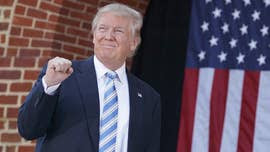 As President Trump prepares to head to a summit with NATO allies in Belgium July 11 and another summit with Russian President Vladimir Putin in Finland July 16, he’s drawing criticism from Democrats, some Republicans and many foreign governments for imposing tariffs on imported goods.

The president’s critics accuse him of recklessly starting a trade war that will be bad for America and the global economy. They couldn’t be more wrong – and here’s why.