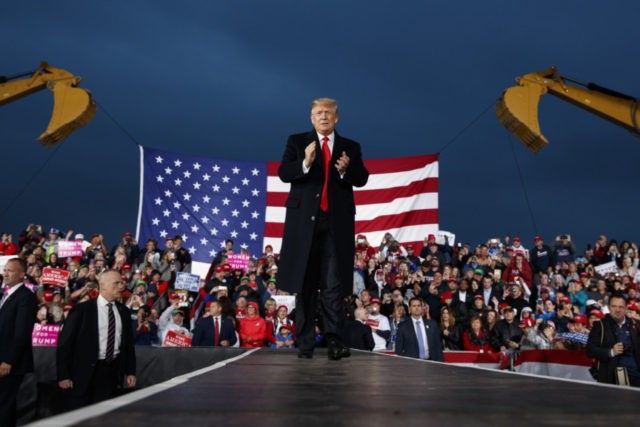 U.S. job openings rose to a new record high in August, an indication that the U.S. economy continued to expand rapidly as the trade war with China escalated and Hurricane Florence hit the Carolinas.

The prior month was revised up to 7.077 million, the first time this number has ever exceeded 7 million. Until April of 2017, there had never been more than 6 million job openings.

Job openings are a measure of labor demand. Nonfarm payrolls have increased by an average of 201,000 over the last 12 months. Unemployment fell to 3.7 percent in September.

JOLTS is one of the job market metrics closely watched by the Federal Reserve. Economists expect the U.S. central bank will announce another rate hike in December, a move Fed officials describe as “normalizing” interest rates.

Fears that the central bank could move rates up too rapidly have recently caused turmoil in the stock market. President Donald Trump has criticized the Fed’s rate hikes, calling the bank’s tightening policy “loco.”

The number of hires in August reached a series high of 5.8 million.