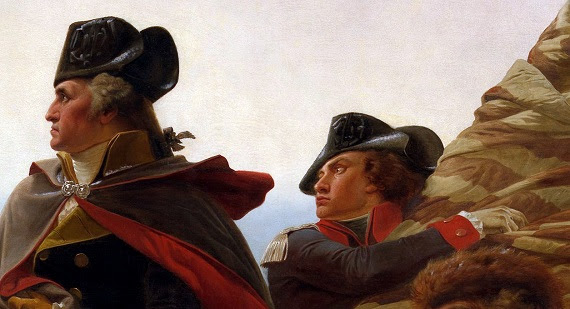 From Washington and the Generals of the American Revolution by Rufus Wilmot Griswold and William Gilmore Simms, 1847. (Editor’s Note: Thank you to Simms scholar Jeff Rogers for correcting the auhtorship of this article.  Griswold, not Simms, wrote this chapter on Washington.  Simms wrote several chapters in this two volume work, notably on Southerners Pinckney, Sumner, and Moultrie).

An attentive examination of the whole subject, and of all that can contribute to the formation of a sound opinion, results in the belief that General Washington’s mental abilities illustrate the very highest type of greatness. His mind, probably, was one of the very greatest that was ever given to mortality. Yet it is impossible to establish that position by a direct analysis of his character, or conduct, or productions. When we look at the incidents or the results of that great career—when we contemplate the qualities by which it is marked, from its beginning to its end—the foresight which never was surprised, the judgment which nothing could deceive, the wisdom whose resources were incapable of exhaustion—combined with a spirit as resolute in its official duties as it was moderate in its private pretensions, as indomitable in its public temper as it was gentle in its personal tone—we are left in wonder and reverence.