Freedom vs. Liberty: How Subtle Differences Between These Two Big Ideas Changed Our World 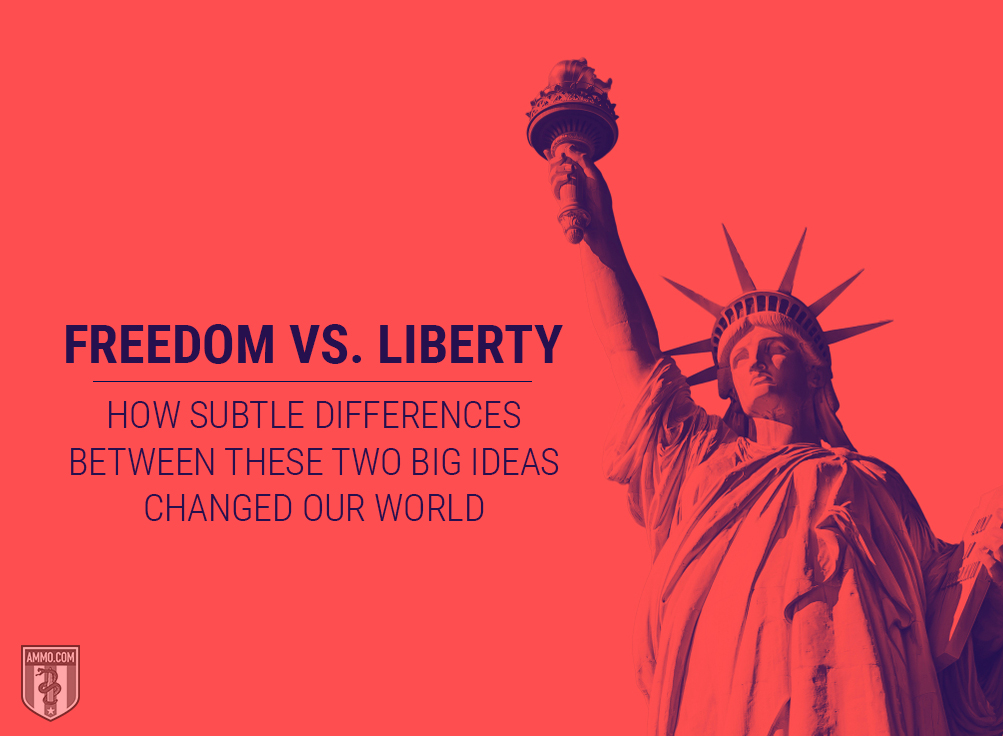 “I see the liberty of the individual not only as a great moral good in itself (or, with Lord Acton, as the highest political good), but also as the necessary condition for the flowering of all the other goods that mankind cherishes: moral virtue, civilization, the arts and sciences, economic prosperity. Out of liberty, then, stem the glories of civilized life.”
Murray Rothbard


The terms "freedom" and "liberty" have become clichés in modern political parlance. Because these words are invoked so much by politicians and their ilk, their meanings are almost synonymous and used interchangeably. That's confusing – and can be dangerous – because their definitions are actually quite different.