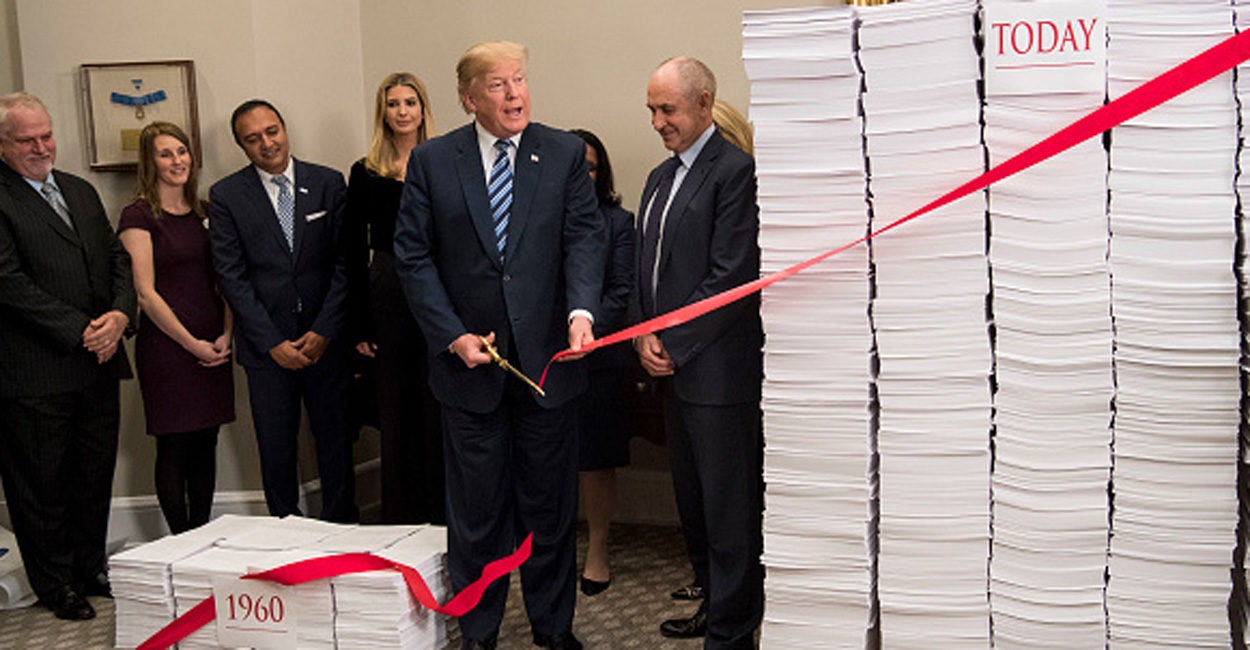 The Trump administration deregulation efforts will raise incomes by about $3,100 per household over the next five to 10 years, and sharply reduce prices for consumers, according to a report released Friday by the White House Council of Economic Advisers.

“The deregulatory efforts of the Trump administration have also removed mandates from employers, especially smaller businesses, and have removed burdens that would have eliminated many small bank lenders from the marketplace,” Casey Mulligan, the chief economist for the Council of Economic Advisers, told reporters Friday. “These deregulatory actions are raising real incomes by increasing competition, productivity, and wages.”