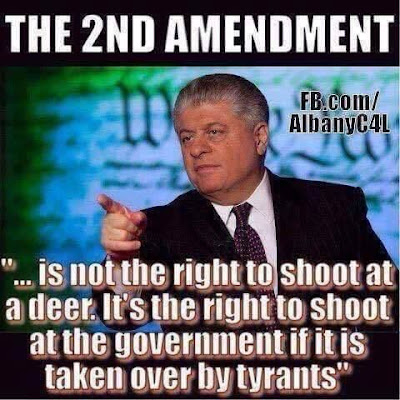 On Thursday, following the uproar that exploded on Wednesday after Senator Chuck Schumer (D-NY) issued an apparent threat targeting Supreme Court Justices Neil Gorsuch and Brett Kavanaugh at an abortion activist rally, prompting an avalanche of criticism launched toward Schumer for his remarks, actor James Woods warned that attitudes like Schumer’s were the precursor to something far more dangerous, and precisely the reason that the Second Amendment exists.