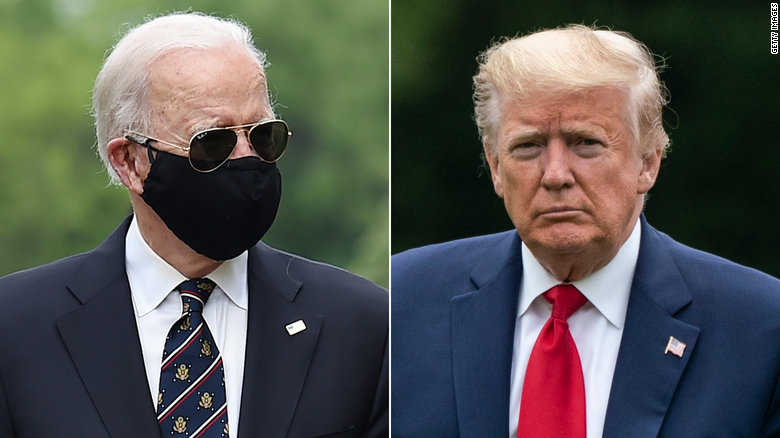 With the leader of the rabid Trump-hating neocon warmongers (who are always wrong on everything) Bill Kristol optimistically saying about President Trump yesterday: “You look at the polls and think he can’t win”, this report concludes, being kept by the leftist mainstream from the masses of the American people is that new voter registrations for the socialist Democrat Party “have fallen off a cliff” because of what they claim is the coronavirus—but whose truest reason for was recently stunningly revealed by a little noticed ABC News brief that warned: “strong enthusiasm for Biden among his supporters – at just 24% – is the lowest on record for a Democratic presidential candidate in 20 years of ABC/Post polls”—a massive lack of enthusiasm for Biden not shared by President Trump, whom 68% of his voters enthusiastically support—which explains why on the Rasmussen Reports daily Presidential Tracking Poll for 25 June, it shows Trump being at 47%, as opposed to Obama being at 45% on this same date just prior to his 2012 reelection victory—an important poll to note because Rasmussen was one of the most accurate polls in the 2016 election—but whose most accurate to the point prediction about the 2016 election was a collaboration poll between Investor’s Business Daily and TechnoMetrica Market Intelligence —an IBD/TIPP poll conducted and paid for by the world’s top financial analysts, none of whom will accept even the slightest whiff of propaganda in the polls they pay millions-of-dollars for—is why the IBD/TIPP Poll was America’s most accurate national poll in the 2004, 2008, 2012 and 2016 presidential elections, making it the most accurate in each of the last four election cycles—and who this past week posted on their public news page an article titled “TRUMP WILL WIN BIG BECAUSE CIVILIZATION IS AT STAKE”.

So cheer up, I know a lot of people are feeling and even saying that Trump’s chances aren’t looking so good lately. Even the Wifely Unit was saying it yesterday.