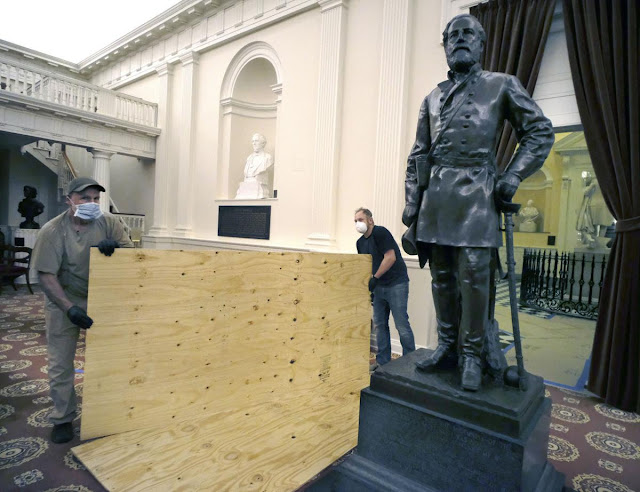 She should be ashamed of herself to put it mildly.

It was the last time Godly men of honor and valor had the courage to stand against evil tyranny...and THAT scares them to death.

Under cover of darkness, and against the wishes of the majority of Virginia's citizens, House Speaker Eileen Filler-Corn, D-Fairfax, cordered the removal of a statue of Confederate Gen. Robert E. Lee from the state Capitol Thursday along with busts and artifacts representing eight men who served in the Confederacy. The statuary removed Thursday night was located in the Old House Chamber, a room where delegates met before the building was expanded, which is now used as a museum and for historical tours, ironically, exactly where these leftists typically say our Confederate memorials belong.