Back when we were Negroes 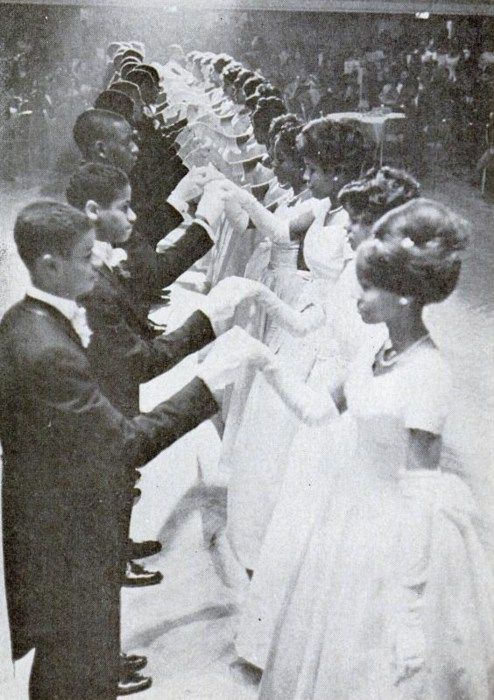 The young people attending this Harlem cotillion in 1954 did not aspire to be 'hootchie mamas' or thugs, suggests the author.

--There was a time until the early 1960s when the terms to describe those of African decent, like me--African-American or black or Afro-American--were almost unheard of. I remember a distinct conversation with a friend discussing descriptive terms for ourselves in 1963 or '64. The term "black" was just coming into vogue and he didn't like it one bit.

"Call me a Negro," he said, "but don't call me black." Now, the word "Negro" (publications used a lower-case "n") has almost become a pejorative, so I was a little surprised when my pastor, the Rev. Willie Reid, used it during a Thursday night revival.

"Back when we were Negroes," he said, and listed several things that were different about black life in America back then. That got me to thinking.

Back when we were Negroes in the 1950s, "only 9 percent of black families with children were headed by a single parent," according to "The Black Family: 40 Years of Lies" by Kay Hymowitz.

Black children had a 52 percent chance of living with both their biological parents until age 17. In 1959, "only 2 percent of black children were reared in households in which the mother never married."

But now that we're African-Americans, according to Hymowitz, those odds of living with both parents had "dwindled to a mere 6 percent" by the mid-1980s.