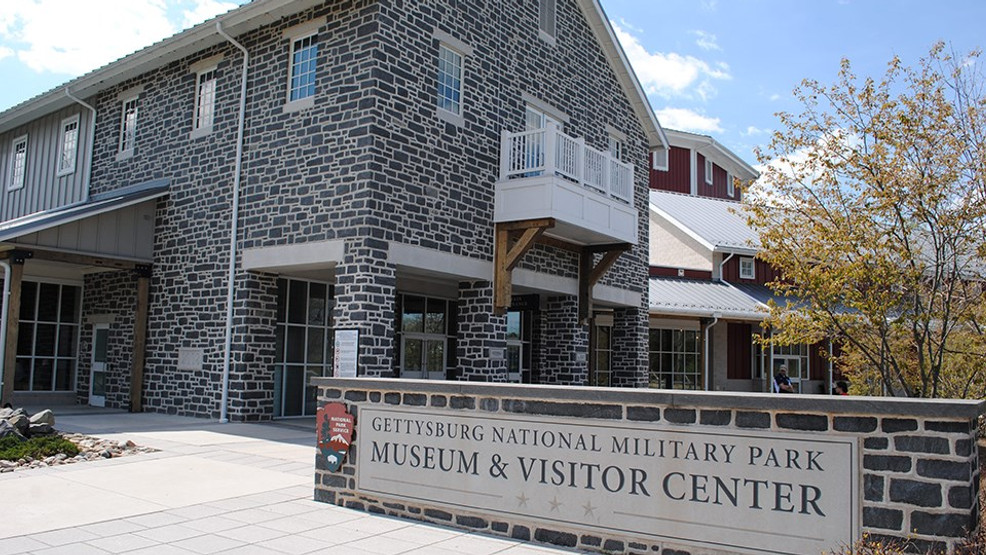 The Licensed Battlefield Guides at Gettysburg are raising the alarm over a recent vote in the U.S. House of Representatives to have all Confederate monuments, statues and “commemorative placards” removed from Gettysburg National Military Park as well as all other federal parks nationwide. “We urge the U.S. Senate to strip out this provision that would destroy the unequaled collection of monuments, Union and Confederate, that set Gettysburg apart as a great battlefield park and a top visitor destination,” said Les Fowler, president of the Association of Licensed Battlefield Guides. Fowler said the legislation in question – HR-7608 – recently passed the full House. It would direct the National Park Service to remove all Confederate monuments, memorials, placards and statues at Gettysburg, Vicksburg, Antietam, Chickamauga, Manassas, Petersburg, Fredericksburg and 18 other battlefields and historic sites within six months. These Civil War battlefields and their monuments and interpretive plaques have been preserved to help Americans and foreign guests visualize and understand the terrible ordeal that forged this nation. The monuments at Gettysburg from both sides allow us to interpret this national struggle for freedom as it continues today.

Gettysburg is the largest Civil War battlefield commemorating the bloodiest battle ever fought in North America. Licensed Battlefield Guides have provided tours of the battlefield since 1915 and today are the nation’s oldest professional guide service, providing interpretation and context for the battlefield and more than 1,300 monuments and markers. “The monuments representing all of the soldiers who fought here are a critical component of interpreting these sacred grounds,” Fowler said.

Veteran battlefield guide Deb Novotny said, “The monuments serve as tools for us to tell the story not only of this battle but of the struggle of our nation to heal itself after the war.” Decorated combat veteran Elliott Ackerman, a columnist for the New York Times, recently wrote: “An area of our complex past that should be left untouched are battlefields... Blood consecrates a battlefield, and it is never the blood of only one side.” The provision to remove Confederate monuments and markers was buried deep within a 727-page bill that also funds the State department, Agriculture department and the EPA. Despite the House’s action, there is still an opportunity to save the important story told at these Civil War parks by urging the Senate to remove this provision from the final funding legislation. “We will do what we can to convince all members of Congress to address and to oppose this removal provision. We encourage all advocates for Gettysburg to join our effort and reach out to their representatives,” Fowler said. Here is the text and a link to the HR-7608: ------------------

Removal of confederate commemorative works Sec. 442. Notwithstanding any other provision of law or policy to the contrary, within 180 days of enactment of this Act, the National Park Service shall remove from display all physical Confederate commemorative works, such as statues, monuments, sculptures, memorials, and plaques, as defined by NPS, Management Policies 2006, §9.6.1. Inventory of assets with confederate names Sec. 443. Within 90 days of enactment of this Act, the Secretary of the Interior shall submit to the Committee on Appropriations an inventory of all assets under the jurisdiction of the Department of Interior with Confederate names. ----------------

Link to the text of the bill: https://www.congress.gov/bill/116th-congress/house-bill/7608/text Just hit CTRL+F (Windows) while on that web page and search on "confederate" to find this section of the bill. Also, these provisions do NOT appear in any of the summaries of this bill. NOTE: Please do not contact Ralph Siegel. Contact your senators at: https://www.senate.gov/general/contact_information/senators_cfm.cfm?Class=1 Historical Publications LLC | 520 Folly Road, Suite 25 PMB 379, Charleston, SC 29412
Posted by Brock Townsend at Friday, August 07, 2020