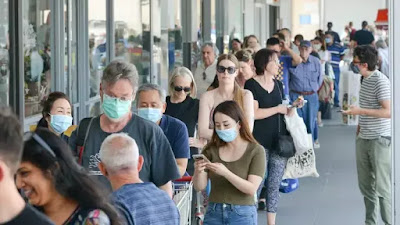 A dozen grocery stores around the state have been forced to close for two weeks because of a public health order issued by Gov. Michelle Lujan Grisham at a time when the state’s residents are suffering from record high unemployment and food insecurity, critics say.

The order requires businesses with four or more rapid responses of COVID-19 cases reported within in a 14-day period to close for two weeks.

More than 25 essential businesses were shut down as of Monday afternoon, including a number of grocery stores and major retailers.