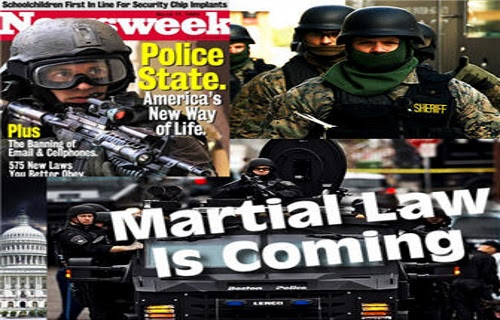 Martial law doesn't mean what you think it means. There is nothing in military training or organization that gives them the capability to conduct a free and fair election or to help one happen. Nothing. The vast majority of military officers are leftist sympathizers as are most junior enlisted people, just like their age groups in the civil society. The outcomes are predictable. Working for Trump doesn't imply any loyalty to Trump. Just ask Gen "Mad dog" Mattis. They are as likely to refuse orders as to obey them.

The right answer is for spineless legislators to assert their authority in states where the election is too muddled to determine a winner and select the electors from their state. Fat chance.

Alternate right answer is for the spineless SCOTUS to invalidate millions of votes, and decree that those state re-certify the winner based on the new tabulations. Fat chance.

Sadly, it looks like we are going to get a Biden Presidency despite massive election fraud. And the result of that is rewarding massive voter fraud to the point of ensuring no Republican will even win a contested race again, not even milquetoast Republicans and RINOs.

But really, this was coming anyway. There is only one Trump. The Republican party has no back bench of Trumps to take his place. At most, Trump would buy us another 4 years before this happened.