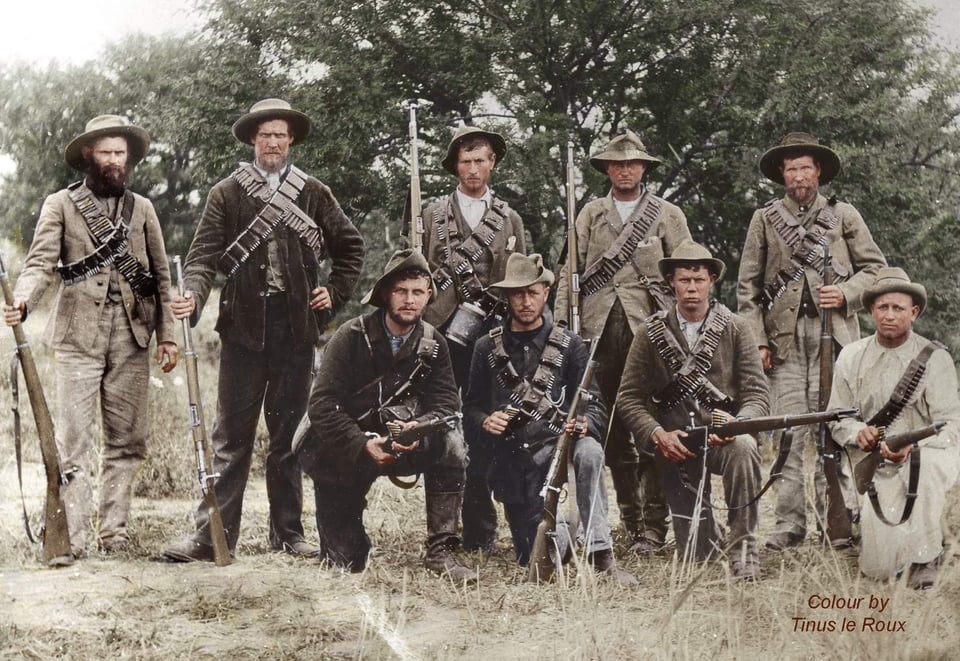 America is our birthright.  We are native born Americans, not any mongrel mix or hyphen that.  No one has any right or authority to steal that birthright.

The present enemy is also mostly native born americans, small 'a' americans in name only.  They gave up their birthright for thirty shiny coins from the  Communists.  They do not believe in America, they believe in Communism.  Communism is stateless, it has no allegiance to anything but power.
Our enemies want that power, unlimited, unrestricted power.  'They' want to be the ones to tell you how many kids you can have, and to decide what sex they can be, and what food they can have and what job they might get, and what they may watch, read, sing, or say.  They want to kill them if they decide to.  You may not travel without their permiso, you may not buy without their permiso,  You may not hold your momma's hand as she dies. You may not own that dog, on your own property.  You must not have a gun because a gun gives YOU power, and that can never be. You know and understand, I hope, the Branch Davidians were completely innocent. And are completely dead.  YOUR federal power in the hands of the Democrats.  FBI and ATF murdered those people, including children and burnt them to ash.  Nobody did shit.
Our enemies, you see are very nearly there . . . this summer should put them over the top.  More Wacos.  Unless  .  .  .    The enemy is very clever and has taken almost two hundred years to arrive at this point.  He is 'd e e s' close. Do not imagine he will stop on his own. He has shown us plain, elections mean nothing.  You can vote, it means nothing; they'll just make up five for every vote we do.  Communismo, simple, no?  The millions wearing the useless kotex on their chin have already chosen surrender, thier rag is their flag.  Stupidly sold their soles in fear of aspring cold.  Too stupid or lazy, perhaps both, to do twenty minutes' research to find out the truth.  So be it, welcome to your slavery, peasants.
We cannot 'Make America Great Again' that train has left the station; we cannot 'take back' America, too many brain dead sheep wearing masks in the shower.  We can only take and hold our ground where we stand.  The enemy have convinced the sheep that Militia is a 'Bad Word'!  Spank Spank if yousay that word.  Motherfucker is OK in public, but don't ever say Militia.  OK, if they're scanning for that word, we won't use it.
Texas offers small hope, Austin, Dallas, Houston, and every college town in between are already lost.  College and University are the beachheads the commies take first, the professors and admins their Marines.  High Schools are DZ's, Teachers their Airborne.  They are all trained in the same school.
Antifa is not some 'pop up' casually organized mob, it is organized, trained and equipped for a destabilization campaign, using your kids bodies for bullet catchers.  Antifa has Regulars and Reserves, and Volunteers are recruited.  It's a Paramilitary organization and they get paid.  Antifa has roots and history, going back a hundred years.  Back then they had Storm Battalions and used military weapons, artillery, mortars, machine guns, armored cars. Don't dismiss the freaks out front.  They have hard core troops, veterans trained in Ukraine, Syria, Libya, Iraq, remember ISIS?  One more thing, Antifa has the Democrat Commies' blessing. Fedgov knows who they are, what they are, and what they plan, and they're OK with it.
This may get me shot.  Lexington Green.
We need a counter organization
~~4Branch
********************
Civilian Irregular Defense Groups is what's wanted.  Radio comms will be jammed, so field phones and runners will be necessary.  Lacking major sponsors will make it necessary to use what means are available.  Leviathin has spent decades ensuring those means will be extremely limited and the current shortage of ammunition is very helpful in that effort.  They don't care what you have, if you have no staples for stapler.  They don't have to kick in your doors to take away empty staplers.  Remember, NO ONE is gonna drop ship supplies to you.  The Soviets went broke supplying every rebel outfit in the world . . . you have no Soviets.
Bloods and Crips established ammunition factories in LA and put their women to work loading using regular home set ups.  Neither ever ran out of 9mm or 5.56.  Other gangs followed suit.  China shipped in 40,000 AK rifles to their 'clients' in California, through Long Beach in containers.  Those have disappeared into the swamp.  Customs caught a few, and their CI's told them about the rest.  Rumor has it that RPG's also made it in.  MS 13 does the same kind of crap.  Obama's Fast and Furious program lost thousands of guns in Mexico - nobody tracked them, on purpose.  Those guns are coming back in.
FedGov forbids the Guard to have any ammunition in their armories, and requires the weapons be stored without their bolts.  They have a Regular Army NCO on site to make sure there'll never be another 'Bull Run'.  They have also eliminated most Combat Arms units from the Guard and Reserve.
You should expect them to employ chemical weapons to eliminate resistance.  Non-presistant nerve agents and the like.  Nobody cares if we die.
N O B O D Y.
Only three percent of the population of the American colonies supported the American Revolution.  Farmers sold food to the Brits while the Army starved at Valley Forge.  It won't be any better.  68% of Southern men of military age died or were wounded during their war for independence, which they lost to an Immigrant Army.  Dwell on that for a second.  Demos want to bring back the draft . . . why?  To raise an Immigrant Army?  Ya think?
What's actually possible?  Do-able?  Desirable?
~~4Branch
Posted by Brock Townsend at Sunday, May 16, 2021